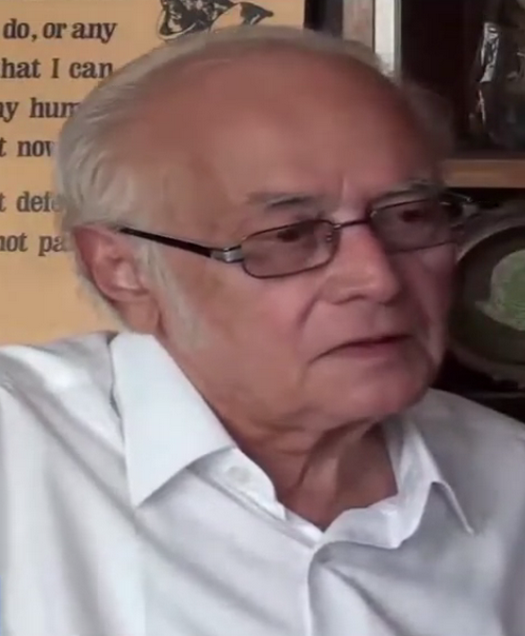 trict Thatta, Sind (now in Pakistan), Dr. Moti Prakash (ڊاڪٽر موتي پرڪاش) was one of the most outstanding multi-faced Sindhi personalities after the partition of India.

Holding a Bachelor’s degree each in Arts and Education and Doctorate in Sindhi, Dr. Moti Prakash proved his multi-talent as a Writer, Poet, Journalist and an Educationist.

Soon after passing his SCC (Secondary School Certificate) exam from the SSC Board, Poona (now Pune) in 1951, he continued his studies while he joined as teacher with the Sindh Cosmopolitan High School in Mumbai.

After three years later his devotion for teaching, he joined K.J. Khilnani High School at Mumbai where he was eventually promoted as its Principal in 1968. Such was his reputation as educationist that when in 1977, Dubai based Sindhis started a High School affiliated to the Central Education Board, New Delhi, he was the natural choice as the right candidate to lead the torch of educational institution. Attracted to the challenge of promising job in foreign land, Dr. Moti Prakash joined as the Principal of the Indian High School, Dubai where he was promoted as Rector of the Institution in 2000 before finally retiring in 2002. After returning to India post-retirement from Dubai, he joined the Indian Institute of Sindhology and S.H.N. Academy, both in Adipur, as Board Member and Trusty.

While discharging his duties as Educationist from 1951, Dr. Moti Prakash not only pursued further studies to bag Doctorate in Sindhi but also continued to prove his genius by indulging in activities as Writer, Poet and Dramatist and holding important positions in various organizations related to Sindhi culture.

In addition, Dr. Moti Prakash was not only associated in producing nearly 250 plays and features for All India Radio until 1977, but also was Founder-Secretary of Sindhu Kala Mandir سنڌو ڪلا مندر whose main aim was to produce Sindhi plays and wrote plays such as Anja Ta Maan Nandhri Ahyam (I am still a kid) in, 1962 and Raat Hik Toofan Ji (Stormy night) in 1971.

As recognition of his relentless efforts and immense contribution to Sindhi culture, Dr. Moti Prakash was honoured with Awards for Gulran Ja Geet گُلرن جا گيت in 1975 (in New Delhi By NCERT, Ministry of Education, Govt. of India), for outstanding contribution to Sindhi literature in 1987 (by Akhil Bharat Sindhi Boli Ain Sahit Sabha) and for Se Sabh Sandhyum Saah Seen سي سڀ سانڊيم ساه سين  in 1989 (At New Delhi by Sahitya Akademi, Ministry of HRD, Govt. of India), Prof. Ram Panjwani Literary Award in 1989, Priyadarshni Literary Award in 2004, Sahyog Foundation Award in 2000), Uttam Award in 2008 and Gaurav Puraskar by the Government of Maharashtra.

This outstanding poet and newspaper journalist of the post-partition Sindhi literature breathed last on August 4, 2015. We pay tribute to Dr. Moti Prakash and pray that the Almighty rests his soul in peace and his works alive in the hearts of global Sindhis.