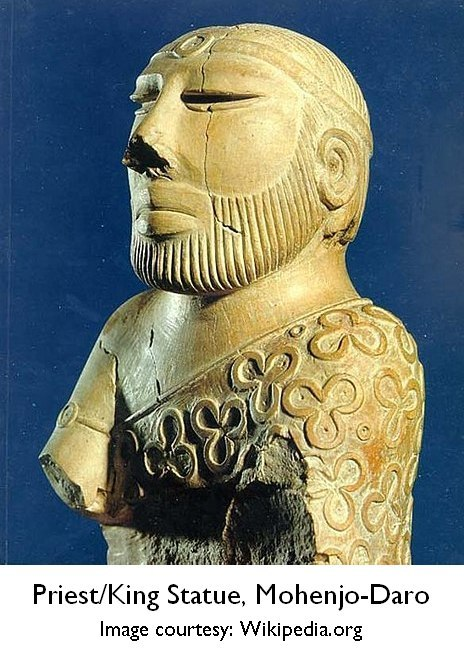 The Sindhis (سنڌي ماڻهون), an Indo Aryan ethnic group, are natives of Sindh, a province of fertile land in Pakistan and speak Sindhi language (سنڌي ٻولي). The Indus river (سنڌو ندي) in Sindh is home to some of the world’s oldest civilizations dating back to 7000 BCE. Thus, Sindh was always considered as vital possession and controlled by various empires.

Around 1500 BC, Sindhis are believed to have founded the Vedic civilization between the two holy riders named, Sarawati and Ganges, which then helped creation of other cultures in South Asia.

Sindh was mainly a Hindu and Buddhist region until 720 AD when it became one of the earliest regions to be influenced by Islam and conquered by the Arabs. With the advent of Islam, many Arab, Persian and Turkish settled in Sindh. In 712 AD, Sindh was incorporated into the Islamic Empire and was known as the ‘Arabian gateway’ into India (later to become known as Bab-ul-Islam, the gate of Islam). After 632 AD, it was part of the Islamic empires of the Abbasids and Umayyids.

Sindh was predominantly ruled by the Soomra (or Sumrah) (سومرا), a Rajput tribe based in Sindh and parts of Punjab, Balochistan, Kutch and Rajasthan. The Soomra were the descendents of the Parmar subcaste of Rajputs and the first in Sindh to convert from Hinduism to Islam. The Soomra dynasty, established in 1011 AD, ruled over Sindh till 1333 AD, leaving its deep effects on Sindhi culture for centuries.

The Samma (سما) dynasty, originally Lohana tribe with subtribes like Lakha, Samma, Sahata, Kotak, Channa were ancient Kshatriya practicing Hinduism. Samma seized control over Thatta from the Soomra in 1333 AD and by 1351 AD expanded its rule over Sindh and parts of Kutch, Punjab and Balochistan that lasted till 1520 AD.

The Arghun dynasty, named after Ilkhanid-Mongol Arghun Khan, were descendents of Mongol, Turks or Turk-Mongol ethnicity. They ruled the region between Sindh and Southern Afghanistan from 1520 AD for mere 35 years until 1554 AD.

The Tarkhan, the second branch of Arghun dynasty after Dhu’l-Nun Beg Arghun, was led by Muhammad Isa Tarkhan and ruled Sindh until 1591 AD.

The British came to Sindh in 1843 as traders and soon saw the territory as gateway to Afghanistan. After exerting pressure for years, they took over its control after defeating the Talpurs, the ruling Baluchi tribe, in battles at Miani, Dubba and Kunhera. Charles Napier, the commander who defeated Talpurs, was appointed as the first Governor of Sindh.

The population-ratio of Hindu Sindhis in Sindh was very high till after Partition of India when most of them migrated to India and other parts of the world. Today’s Sindhis in Pakistan, who speak Sindhi, Seraiki and Balochi languages, are mainly Muslims while Sindhi Hindus, as per the 1998 census of Pakistan were about 8% of Sindh’s total population, is said to have shrunk down to between 1% and 3% today.

On other hand, Sindhis settled in India are predominantly Hindus whose population as of 2011 was around 2.77 million, of which around 1.7 million speak Sindhi and around 1 million speak Katchi. Majority of Indian Hindu Sindhis belong to Amil and Bhaiband subcastes of Lohana caste.

Thanks to the sheer honesty, hard work and harmony, the migrant Hindu Sindhis have turned their fortunes wherever set their foot, be it India or elsewhere in the world. It is one of the rare communities who defied all odds to transform themselves from virtually penniless migrants in 1947 to become one of the most prosperous and well respected business communities throughout the globe.

We will soon post articles detailing the extreme difficulties the Hindu Sindhis overcame in past Seven decades to carve out their position around globe.