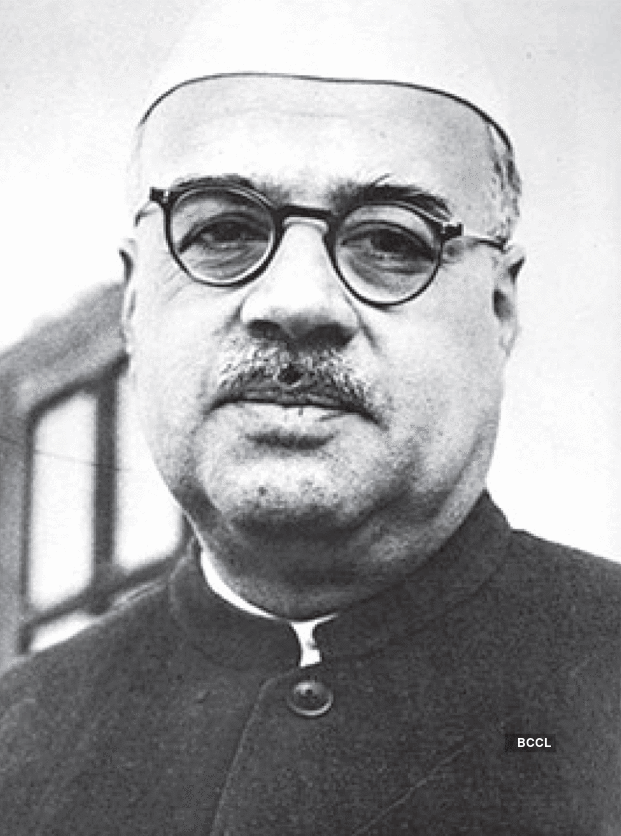 Born on July 21, 1891 in Karachi, Sindh (now in Pakistan), Jairamdas Daulatram (جئرامداس دولترام), also known as one of the noblest and highly respected teachers of India, was brilliant in studies right from his childhood. Soon after finishing his graduation in Law, he started his legal practice but his profession worked in conflict with his conscience so he gave up his practice.

After Mahatma Gandhi returned from South Africa, Jairamdas had the opportunity to not only meet Mahatma Gandhi but also become closely in touch with him. It was natural of him to be greatly inspired to soon become a devoted follower of Mahatma Gandhi. His close association with Mahatma Gandhi also made him actively participate in all the movements from the ‘Non co-operation movement’ of 1920 to the ‘Quit India’ movement of 1942 and in the process suffered imprisonment several times.

During the Amritsar session of the Congress, 1919, acute differences arose on the reforms resolution between Gandhiji on the one hand and Bal Gangadhar Tilak, C.R. Das and Mohammed Ali Jinnah on the other. However, the cool-headed Sindhi came to Gandhi’s rescue by drafting his resolution in way that dissolved the rift into a compromise.

Since then Mahatma Gandhi was highly impressed and trusted Jairamdas him with reverence and spoke of him as one of the greatest persons in India and even once said, “I swear by Jairamdas, I have never had the honour of meeting a truer person than him.”

While Jairamdas had close ties with Sarojini Naidu, Sardar Vallab bhai Patel and Dr. Rajendra Prasad whereby Mrs Naidu praised Jairamdas as “Lamp in the Desert” owing to his service in the province of Sind that was mostly desert.

As a politician, he was member of the Congress Working Committee from 1928 to 1940, twice elected as the General Secretary of the Congress in 1929 and 1934, and appointed as the General Secretary of All-India Hindu-Muslim Unity Conference in 1924. He was also elected to the Bombay Legislative Council in 1926 but renounced the position to become the Secretary of the Foreign Cloth Boycott Committee in line with the wishes of Gandhiji. He also was an activist in the Home Rule Movement, led by Annie Besant and Mohammad Ali Jinnah, demanding  self-government and Dominion status for India within the British Empire. While protesting outside a magistrate’s court in Karachi in 1930, he was shot at by the police wounding his thigh.

As a veteran journalist, he was not only the editor, for varying periods, of The Hindu, The Hindustan Times and of Gandhiji’s weekly Young India but also one of the founding members of the Akhil Bharat Sindhi Boli Ain Sahit Sabha (اکل ڀارت سنڌي ٻولي ۽ ساهت سڀا) (All India Sindhi Language and Literature Congress)

Owing to his impeccable credibility in politics, journalism and business circles alike, Jairamdas Daulatram was honoured to preside over the inaugural meeting of the newly constituted Indian Central Arecanut Committee held at Erankulam at September 19, 1949.

Post partition of India, Daulatram stayed back in India and was appointed the first Indian Governor of Bihar but until as he was appointed the Union Minister for Food Supply in 1948 and then served as the Governor of Assam from 1950 to 1956. Jairamdas represented a constituency from East Punjab in the Constituent Assembly of India and also contributed in drafting and shaping the Constitution of India as member of the advisory, union subjects, and provincial constitution committees.

It was due to his relentless, untiring efforts that the Sindhi language was recognized as a National language by the Govt. of India.

Jairamdas, the man of vision and rare personal charm who exuded nobility and purity of mind in every aspect, breathed his last on March, 1st 1979 in Delhi.