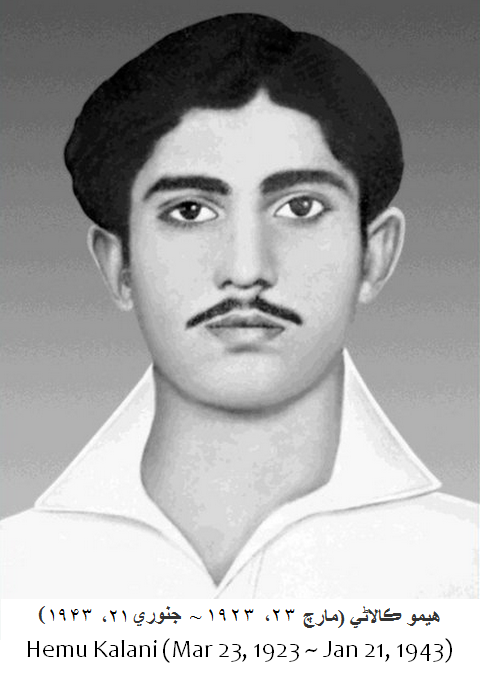 From childhood, he was a true patriot and had disliking for foreign-made goods. Thus it was natural for him and his friends to boycott foreign goods and aggressively campaign to convince people to buy Indian products. As a student, he was a leader of Swaraaj Sena, an affiliate organization of the All India Students Federation (AISF). He indulged in revolutionary activities like participating in various protests against the British Govt. including the Quit India movement in 1942. Soon, he fearlessly got involved in raiding and burning down the vehicles carrying vital supply to the British Army.

On October 23, 1942, Hemu came to know that a train carrying troops and vital supplies for the British Army would be passing by the city’s railway station. Thus he and his two friends went ahead to remove Fishplates from the railway track near Sukkur in order to derail the train. Since they had no special tools to carry out their sabotage, they were keen to use ropes to loosen the fishplates.

However, upon realising that they were noticed by the British Army as it was a full Moon night, Hemu asked his friends to escape from the scene. Hemu was caught by the Police, imprisoned and tortured to reveal the names of his accomplices but he refused. Thus he was put on trial and sentenced to death for treason. 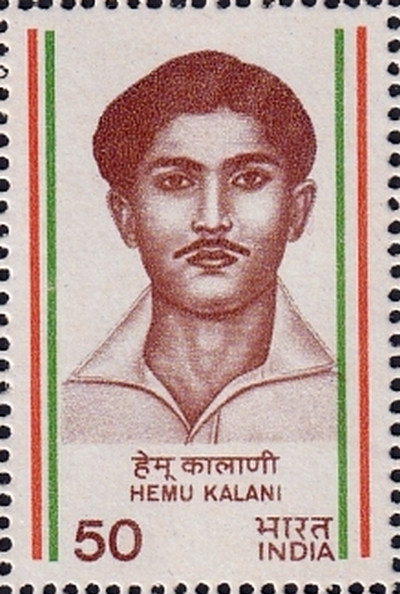 Upon the people of Sindh’s petition to the Viceroy, who set the pre-condition that he must give a written apology and reveal the identities of his companions in the planned crime. However, Hemu Kalani remained steadfast, unapologetic and refused to co-operate with the British Govt.. Thus, his death penalty was not abolished and he was hanged on January 21, 1943, barely two months before his 20th Birthday.

Hemu Kalani was said to be so over-joyed upon receiving death sentence that he gained substantial weight till his execution, which is an extremely uncommon. On the fateful day of his execution, he was seen very happy and humming during the day. With smile on face, he carried the holy Bhagvad Gita in his hands and chanted slogans of freedom as he walked to the gallows.

Hemu Kalani, who is revered as Bhagat Singh of Sindh, became one of the youngest revolutionaries to be martyred for the nation’s freedom struggle.

On October 18, 1983, Smt Indira Gandhi, the then Prime Minister of India, released a Commemorative Stamp in Hemu Kalani’s honour at the Vishwa Sindhi Sammelan in Delhi.